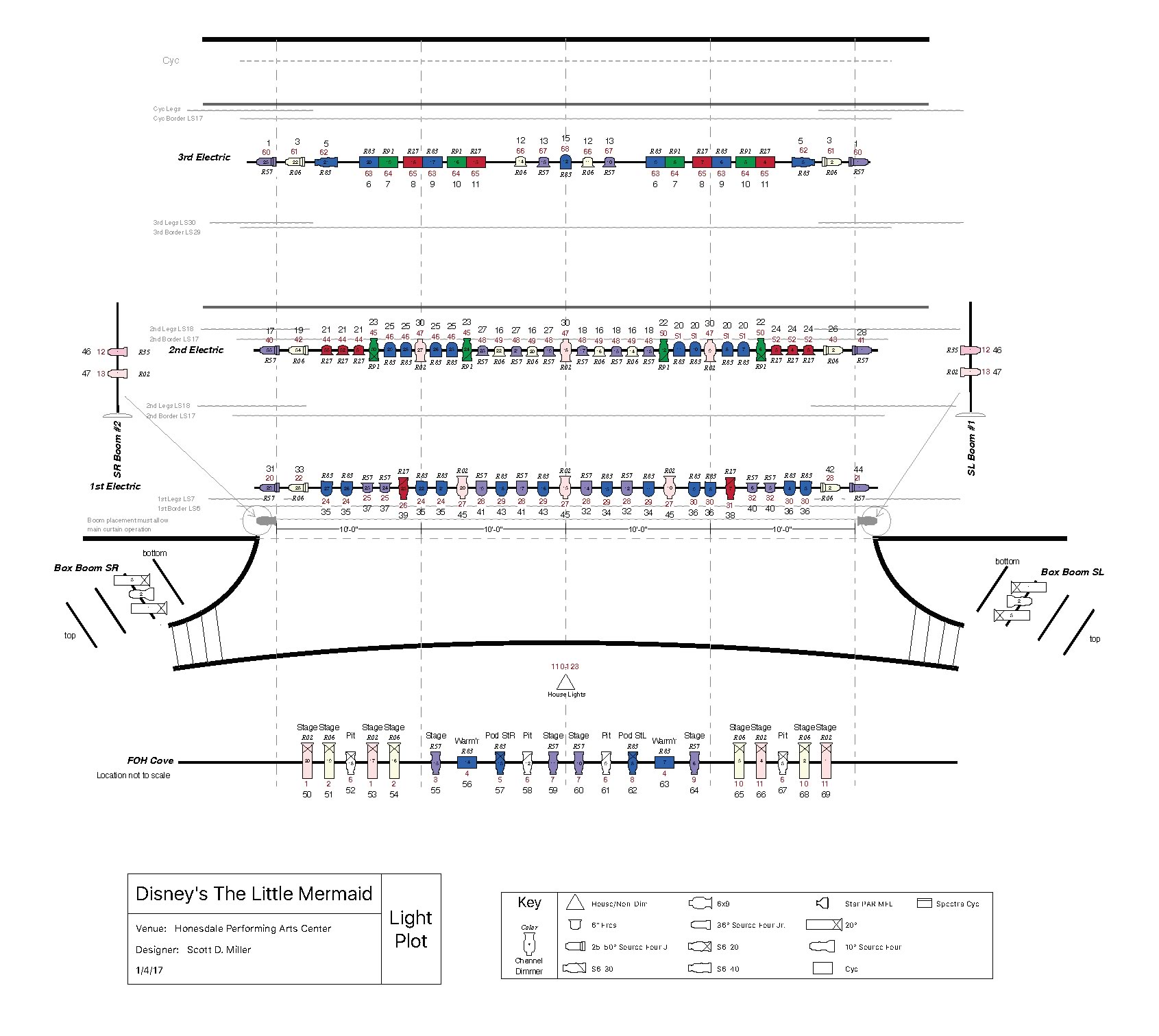 We just finished another amazing theatrical production and spent over 50 hours rigging, designing, and programming the lights for our Broadway musical production of Disney's The Little Mermaid.

For the theater community, there are a million “I can’t I have rehearsal” tee shirts, stage manager jokes, standing ovations, and so on and so on, but the lighting designer doesn’t often make it into the limelight themselves. Hence why I thrust this ethereal and omniscient description of the lighting designers down the throats of my friends to pat myself on the back.

However, after the swelling of my ego started to calm, I thought more about the theory of lighting design. Good lighting design is another tool of immersion, helping the audience to lose their footing in reality and escape into the world created behind the proscenium arch.

Good lighting design, therefore, should never be acknowledged by the audience. 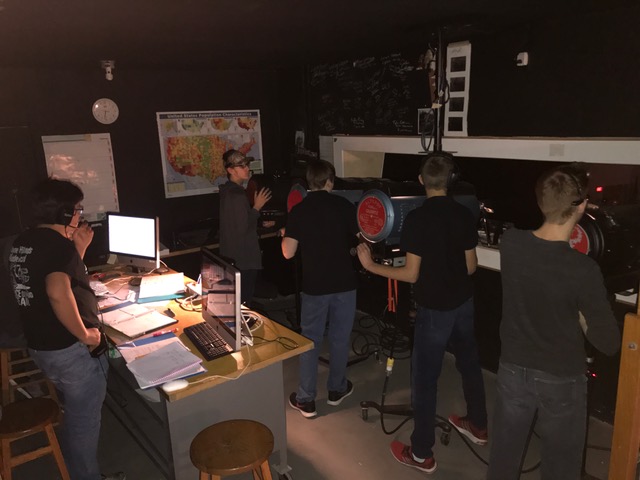 Which is why we are more well informed on such matters than the general audience, I want to sing to you the song of the Unsung Hero, the Lighting Designer.

Most people just accept light as a given and fail to notice the work and detail that goes into lighting a scene for the stage. Take a moment right now and look around the room and imagine how you would mimic onstage the light coming through your window. Chandeliers shining, street lamps coming on right at dusk, or the almost strobe effect of a subway whipping around underground. 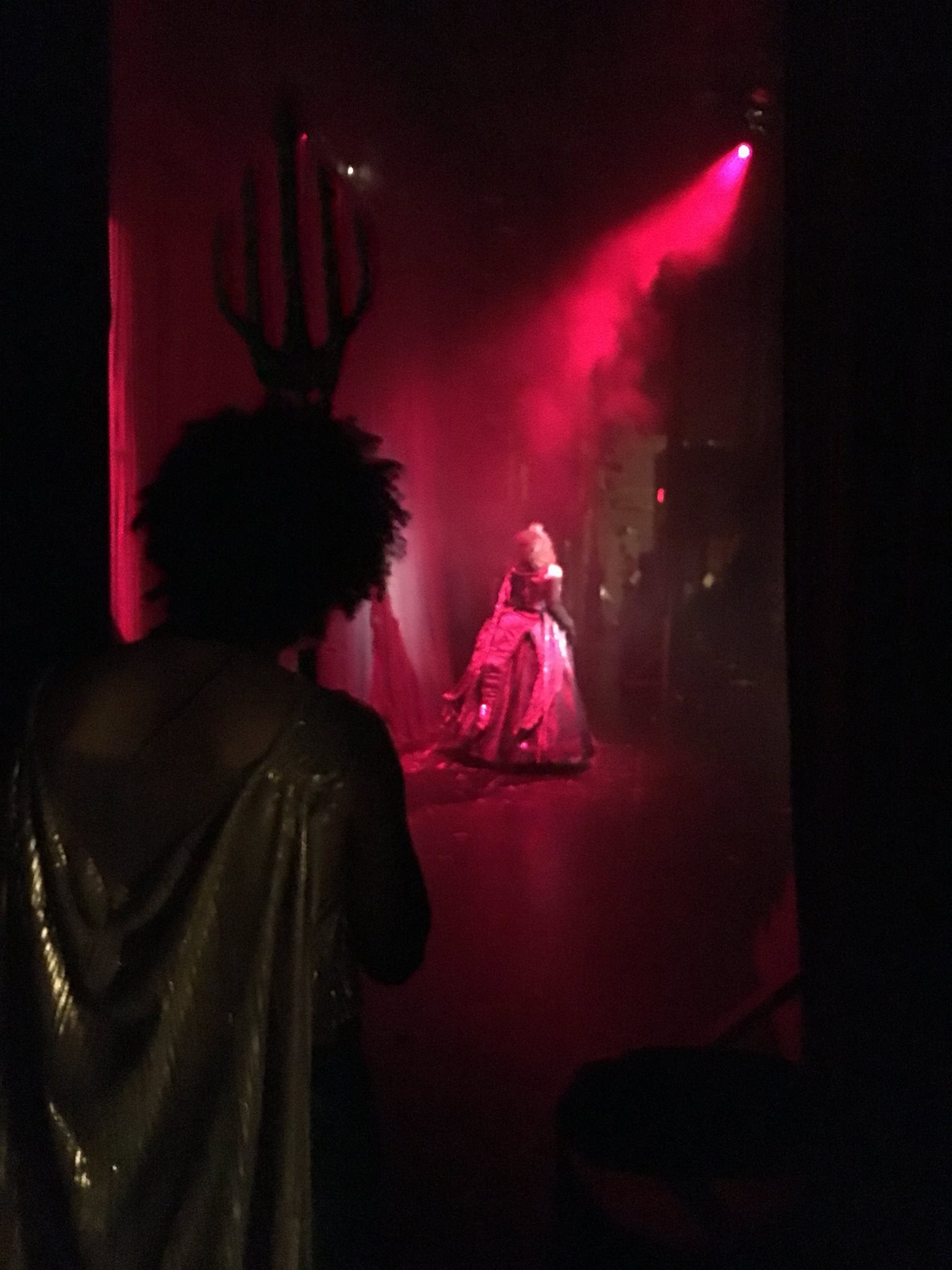 Now consider how differently the chandeliers would look today versus the 17th century, or how differently the sun pours in at 11am vs. 2pm. The next time you see a show, or concert or even a movie, consider the detail of the lighting and the research and thought and creativity that went into it.

Lighting is more than how it looks, it can change how the scene feels to the person onstage. 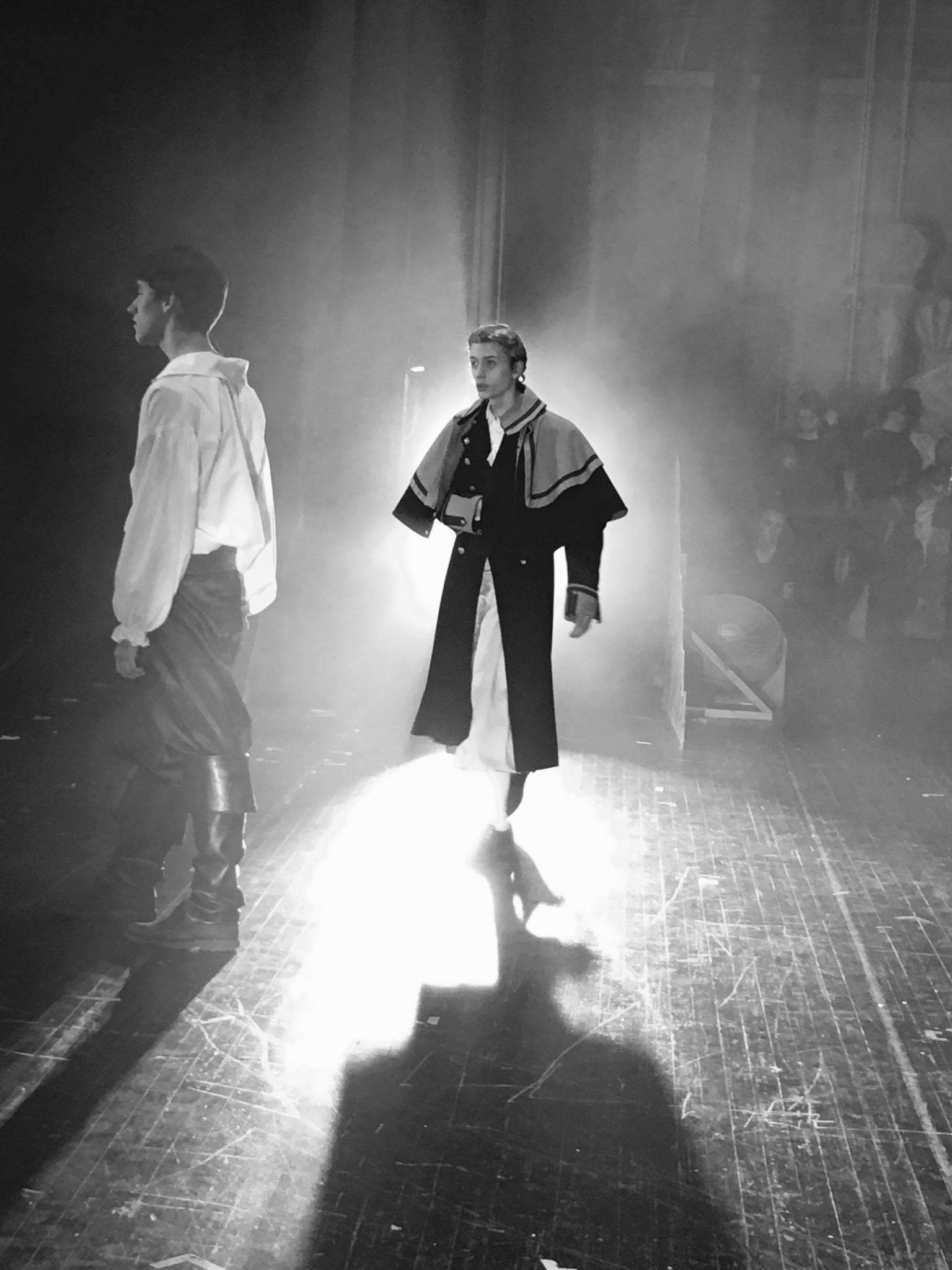 And for the lighting designers among us, a realization I came to recently was the relationship with the actors and how integral to your design this could be. You analyze the text with the director to determine what, how, and why you are telling a story and create an environment from those conversations. But lighting is more than how it looks, it can change how the scene feels to the person onstage; the person in the light. When these two ideas work together, the performance can be shaped in a subtle way that creates a magically harmonious blend.

For more inspiration and understanding, follow local contemporary art shows. Light is becoming an increasingly prominent theme. You may even ask a lighting designer to talk you through their process during your next production. This could add new layers to your design or performance, and it would certainly warm their heart to be noticed. If nothing else, I hope you start to see the world, on the stage and off, in a new light.