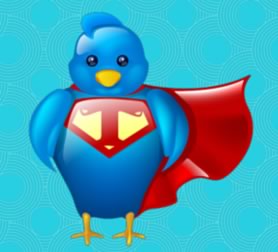 I thought I’d break down some Twitter vocabulary (because it intimidates people). Even if you’re a pro tweeter, I strongly suggest reading this. I’ve included some advanced tips in here for you, too!

The @ symbol tags a user—usually someone you’re trying to reach (or talk about). The symbol creates a notification for the user that’s mentioned. Once posted, it also creates a link to their profile!

You’ll often see tweets start with a period. This is intentional, but using a period before the @ symbol is only necessary as the first character. Starting a tweet with any character beyond the @ symbol changes the tweet from being a semi-private reply to being a full broadcast to all your followers. There is a huge difference is saying, “@Delta help me!” versus “.@Delta help me!” See the point? If your tweet begins with an @ symbol, it’s considered a reply. Replies are only shown to your followers who also follow the user mentioned. Be conscious and intentional of how you start your tweets if you want everyone to see them!

The pound sign (#), followed by keywords, creates a hashtag. Hashtags organize conversations around events, topics, and more. Hashtags are highly functional on Twitter—though many people use them to add humor or emotion (versus strategized keywords to increase discoverability and reach).

Avatar. Your avatar is your profile picture. I really recommend using your headshot and having the same photo across all social networks.

Characters. Twitter started as a text-based service. As such, you only have space for 140 characters. You’ll see a countdown of characters as you compose. Make your tweets into little treats!

DM. Direct messages are essentially private emails. The default is that someone must follow you before you can send them a direct message. This prevents spam. You can choose to allow anyone to direct message you in your settings. Note that automated direct messages (like “Thanks for following! I think you’d like my website…”) are considered spam and should be abandoned.

Drafts. Tweets can truly reach and change the world. They’re also federally archived. As such, think twice before publishing. If necessary, save tweets as a draft and return to them later. Sometimes the creative impulse should be honored, but often composition requires revision. The truth is in the details.

Embed. Did you know you can embed tweets? Click on the three dots and paste that embed code on your website. Boom!

Favorite. The favorite is the easiest way to acknowledge someone on Twitter. Consider the gold star comparable to Facebook’s thumbs up.

Mute. Muting is sneaky. It allows you to remove an account's tweets from your timeline without unfollowing or blocking that account. You can un-mute these users at any time in your settings.

Quote RT. This is now the best way to retweet something as it allows you to add gratitude or your point of view. Retweets can come off as bragging. When you quote retweet, you can add a caption to the existing tweet. I highly recommend using the quote RT (over the RT) for actors and other personal brands!

Reply. Reply is the arrow that goes up and to the left. Twitter should be a social place—not just a one-way broadcast. Remember to reply and engage in tweets. It’s a great way to start networking up.

RT. Retweeting displays someone else’s tweet in your timeline or Twitter stream. In other words, someone else’s face or logo will go out to your people.

Short links. When you share a link on Twitter, you’re using characters. Link shorteners (such as bit.ly or goo.gl) not only allow you to shorten the link, but you can also track how many people click it.

Stream. Twitter is a river of content. When you hear someone say stream, they’re referring to a timeline of tweets, often moving in real time.

Tag. Tagging can be used to add a location. Did you know you can tag people in a photo? Doing so helps you save space for other words and characters!

Trends. Trends on Twitter are topics that everyone is talking about. You can see what’s trending at twitter.com/search or in the sidebar.

TweetDeck. Tweetdeck is awesome free software from Twitter for your desktop. Check it out at TweetDeck.com!

Verified. Verified accounts on Twitter are for brands that are highly sought after or likely to be falsely represented. Think celebrities and big brands. While we’d all like to get that blue check mark, it’s typically reserved for celebrities.

We currently do not have any tickets sales available at this time.