In a magical kingdom fathoms below, the beautiful young mermaid Ariel longs to leave her ocean home to live in the world above. However, leaving her life under the sea means defying her father, King Triton. Ariel makes a deal with the evil sea witch, Ursula, and it seems that all her dreams are coming true. But can she convince Prince Eric that she’s the girl with the enchanting voice? With help from Sebastian, Flounder, Scuttle, and all her other sea-faring friends, Ariel discovers the importance of following your heart, whether on tail or on foot. With well-known songs such as “Under the Sea,” “Kiss the Girl,” “Poor Unfortunate Souls,” and the popular “Part of Your World,” this musical will surely have theatre patrons of all ages “flippin’" their fins

“So many times parents ask, is your production of The Little Mermaid good for kids?” – explains Scott D. Miller, executive director, “I always say Did Nemo have a funny-lookin’ flipper? By all means, this show is tailor-made for the kids! Even the young-young ones won’t be scared by that mean ol’ Miss Ursula, whose lair is accented with tricky stage effects. The last thing your kids will want to do is close their eyes. Adults may get teary eyed toward the end, but kids won’t want to leave the theater!” 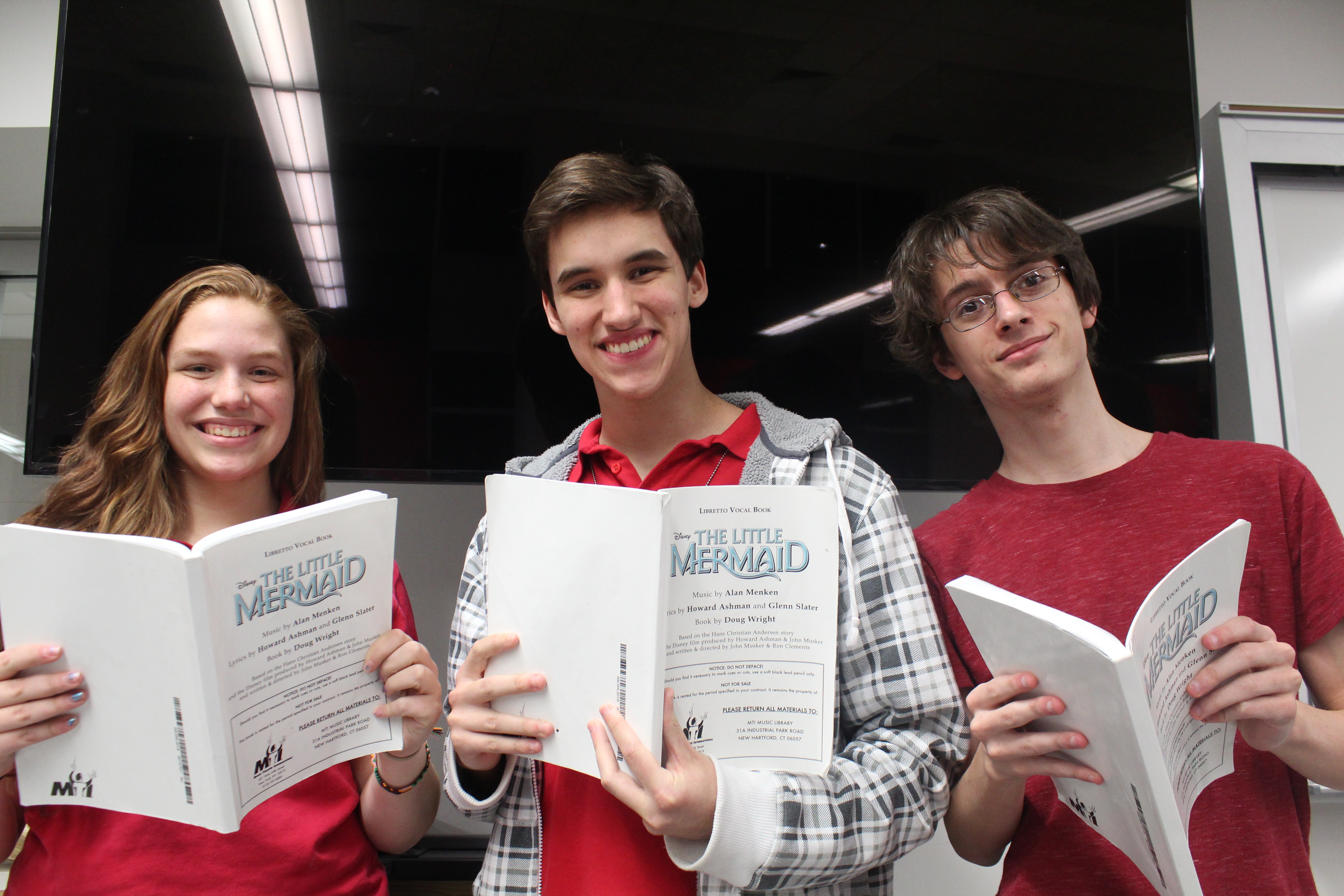 The role of Scuttle will be played by Daniel DeCrotie, and the other gulls will be played by Dana Pratt, Kallie Lazaro, Emma Messersmith, and Katie Ranner. We will also feature Christina Canfield, Kayla Taninies, Mackenzie Tagle, Mika Brauser, Taylor Slish, and Annabelle Brinkerhoff as featured dancers.

Performances will take place Friday, February 17 and Saturday, February 18 at 7:00 p.m, and Sunday, February 19 at 2:00 p.m., at Honesdale Performing Arts Center, on the campus of Honesdale High School. All seating is reserved and tickets are Adults $9, Senior (+62) $8, Student $5, Children (3-5) $4, Red/Black Pass (Complimentary). The musical production run time is around two hours and twenty minutes with one twenty-minute intermission.

The Character Breakfast will take place on Saturday, February 18, at 9:00 a.m., at Honesdale High School Cafeteria. As a special gift, all children in attendance at Breakfast will receive an LED Tiara or LED Blue Trident. Breakfast Menu will include Buffet Breakfast includes: Scrambled Eggs, Bacon, Sausage, Pancakes, Cereal, Breakfast Potatoes, dessert, Beverages include Juice, Milk, and Coffee. Tickets are available online or by phone, Adults $10, Students and Children $8.

For information, directions, and to charge tickets by phone, please call 570-251-9831. Tickets are also on sale online at http://www.honesdalepac.com.

Wayne Highlands School District has been honored with the Best…

The Honesdale High School Performing Arts will present "Disney’s The…