Wayne Highlands Middle School will present “School House Rock Live!” one weekend only: Friday, November 18, at 7:00 p.m. and Saturday, November 19, 7:00 p.m. Tickets are on sale now for the production which will premiere in Honesdale High School Performing Arts Center.

Children and adults alike will thoroughly enjoy the production, based on the Emmy Award-winning 1970s Saturday morning cartoon series that taught history, grammar, math, science and politics through clever, tuneful songs. “School House Rock” not only is making a small-screen comeback, the live version is lighting up stages everywhere, from universities to regional theatres all around the country. Tamsin (Tom), a nerve-wracked school teacher who is stressed about her first day of teaching tries to relax by watching TV. Various characters representing facets of her personality emerge from the set and show her how to win her students over with imagination and music, through such beloved School House Rock songs as “Just A Bill,” “Circulation” and “Conjunction Junction.” 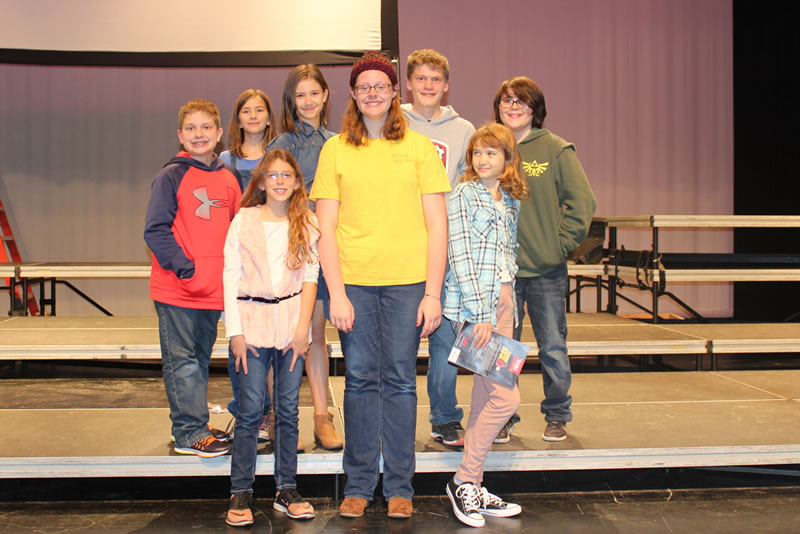 The original “School House Rock” television series was the brainchild of an advertising executive who noticed his son could remember all the words to popular songs on the radio, but could not remember the multiplication tables. He reasoned that if important educational information was coupled with exciting animation and catchy music, children would be able to learn and remember it.

From this simple idea, “School House Rock” was born and quickly adopted by ABC-TV which broadcasted the series on Saturday mornings from 1973 to 1985. Twenty years, 41 songs, and four Emmy Awards later, a nation which grew up with Multiplication Rock, America Rock, Science Rock and Grammar Rock can still sing the Preamble to the U.S. Constitution and know that “and,” “but,” and “or” all belong in Conjunction Junction.

Performances will take place November 18-19, 2016, at Honesdale High School Performing Arts Center. Shows start at 7:00 p.m. on Friday and Saturday. All tickets are Regular $8, Senior (+62) $7, Student $5, Children (3-5) $4, Red/Black Pass members are welcome to the show complimentary. For information, directions, and to charge tickets by phone call 570-251-9831. Tickets are also on sale online at http://www.honesdalepac.com.

Length and Intermission
1 hours and 15 minutes, with a 15-minute intermission

Audience Information
Performances are recommended for a general audience. As an advisory to adults who might bring children, this production is recommended for ages 4 and up. All guests entering the theatre, regardless of age, must have a ticket.

Wayne Highlands School District has been honored with the Best…

The Honesdale High School Performing Arts will present "Disney’s The…