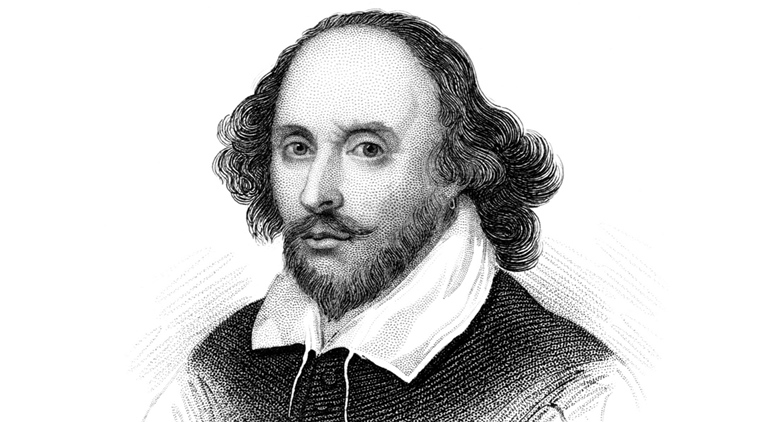 According to tradition, the great English dramatist and poet William Shakespeare is born in Stratford-on-Avon on April 23, 1564. It is impossible to be certain the exact day on which he was born, but church records show that he was baptized on April 26, and three days was a customary amount of time to wait before baptizing a newborn. Shakespeare’s date of death is conclusively known, however: it was April 23, 1616. He was 52 years old and had retired to Stratford three years before.

Although few plays have been performed or analyzed as extensively as the 38 plays ascribed to William Shakespeare, there are few surviving details about the playwright’s life. This dearth of biographical information is due primarily to his station in life; he was not a noble, but the son of John Shakespeare, a leather trader and the town bailiff. The events of William Shakespeare’s early life can only be gleaned from official records, such as baptism and marriage records.

He probably attended the grammar school in Stratford, where he would have studied Latin and read classical literature. He did not go to university but at age 18 married Anne Hathaway, who was eight years his senior and pregnant at the time of the marriage. Their first daughter, Susanna, was born six months later, and in 1585 William and Anne had twins, Hamnet and Judith. Hamnet, Shakespeare’s only son, died 11 years later, and Anne Shakespeare outlived her husband, dying in 1623. Nothing is known of the period between the birth of the twins and Shakespeare’s emergence as a playwright in London in the early 1590s, but unfounded stories have him stealing deer, joining a group of traveling players, becoming a schoolteacher, or serving as a soldier in the Low Countries.

The first reference to Shakespeare as a London playwright came in 1592, when a fellow dramatist, Robert Greene, wrote derogatorily of him on his deathbed. It is believed that Shakespeare had written the three parts of Henry VI by that point. In 1593, Venus and Adonis was Shakespeare’s first published poem, and he dedicated it to the young Henry Wriothesley, the 3rd earl of Southampton. In 1594, having probably composed, among other plays, Richard III, The Comedy of Errors, and The Taming of the Shrew, he became an actor and playwright for the Lord Chamberlain’s Men, which became the King’s Men after James I’s ascension in 1603. The company grew into England’s finest, in no small part because of Shakespeare, who was its principal dramatist. It also had the finest actor of the day, Richard Burbage, and the best theater, the Globe, which was located on the Thames’ south bank. Shakespeare stayed with the King’s Men until his retirement and often acted in small parts.

By 1596, the company had performed the classic Shakespeare plays Romeo and Juliet, Richard II, and A Midsummer Night’s Dream. That year, John Shakespeare was granted a coat of arms, a testament to his son’s growing wealth and fame. In 1597, William Shakespeare bought a large house in Stratford. In 1599, after producing his great historical series, the first and second part of Henry IV and Henry V, he became a partner in the ownership of the Globe Theatre.

The beginning of the 17th century saw the performance of the first of his great tragedies, Hamlet. The next play, The Merry Wives of Windsor, was written at the request of Queen Elizabeth I, who wanted to see another play that included the popular character Falstaff. During the next decade, Shakespeare produced such masterpieces as Othello, King Lear, Macbeth, and The Tempest. In 1609, his sonnets, probably written during the 1590s, were published. The 154 sonnets are marked by the recurring themes of the mutability of beauty and the transcendent power of love and art.

Shakespeare died in Stratford-on-Avon on April 23, 1616. Today, nearly 400 years later, his plays are performed and read more often and in more nations than ever before. In a million words written over 20 years, he captured the full range of human emotions and conflicts with a precision that remains sharp today. As his great contemporary the poet and dramatist Ben Jonson said, “He was not of an age, but for all time.”