We hope you join us, Friends of Honesdale Performing Arts, as we travel to New York City and see the highly acclaimed Broadway Musical: “Wicked,” at the Gershwin Theatre! Wicked is not just a fresh story about two well-known characters, it's also a spectacular megamusical. Come on down to the Ozdust Ballroom and join us! Get your Wicked Bus Trip tickets now online! We have 84 tickets available, payment plans available, and tickets are being sold on a first come first serve basis. MAKES A GREAT GIFT FOR CHRISTMAS! You will receive a souvenir printed ticket for the performance - so that you can give as a gift or as a keepsake upon ordering!

Your WICKED BROADWAY BUS TRIP cost of $300 will include: round trip coach bus to and from New York City; Specially Prepared Lunch at Hard Rock Cafe in Time Square; with your choice of salad, main entree to include your choice of Legendary Burger, BBQ Chicken, BBQ Ribs, Steak Salad, or Salmon with dessert and drinks; Orchestra Floor Seating Ticket to see Wicked at the Gershwin Theatre; and a lifetime of memories.

We would depart from Wayne Highlands Middle School (Covered Steps Parking Lot) at 8:00 a.m. on Saturday, April 1, 2023, arriving in times square around 11:00 a.m. We will have lunch together at Hard Rock Cafe on Broadway, and then walk up Broadway to the Gershwin Theatre on West 51st Street to see Wicked at 2:00 p.m. At the end of the show, our bus will pick us up and return to Honesdale with a stop for fast food (on your own) at an interstate rest stop, returning around 9:00 p.m., that same day.

We hope that you will be able to join us. Secure your reservation today, please return the order form (reverse side) and non-refundable per attendee deposit of $100 or full payment of $300 no later than December 20, 2022. For questions or to charge by phone please call (570) 251-9831.

Wicked is a musical written by Winnie Holzman with music and lyrics by Stephen Schwartz. This story is based on the novel Wicked: The Life and Times of the Wicked Witch of the West by Gregory Maguire which is a prequel and sequel to L. Frank Baum's novel The Wonderful Wizard of Oz. Wicked begins with the residents of Oz celebrating the death of the Wicked Witch of the West. Glinda the Good Witch arrives and tells the characters about the story of how Elphaba became the Wicked Witch of the West. Elphaba was born with green skin and was always considered an outcast. She was blamed for many misfortunes, including the fact that her sister is disabled and needs a wheelchair. Elphaba goes to university and meets Galinda who is the complete opposite of her. At first they do not get along but Galinda takes her on as a project to make her popular and they open up to one another and establish a friendship. Elphaba has strong powers and she is offered the chance to go to Oz and meet the Wizard. She excitedly accepts but learns that things in Oz are not quite as magical as they originally seem. The animals in Oz are losing their ability to speak due to the Wizard's actions. Elphaba decides to fight against him to try and save the animals. Along the way she encounters some major obstacles including separation from Glinda (she has changed her name to honour a professor, Dr. Dillamond, who was forced to leave the university) who has sided with the Wizard. Due to Elphaba's attempts to help her friends and family, she turns her sister's friend Boq into the tin man and her love, Fiyero, into the scarecrow [5]. Dorothy arrives in Oz from Kansas and along with the lion, tinman and scarecrow, they go to meet with the Wizard. Under the Wizard's guidance, Dorthy attempts to kill the Wicked Witch of the West by pouring water on her [6]. Glinda meets with Elphaba and Elphaba gives into defeat asking to be left alone to die. She also tells Glinda to never clear her name so that people will not turn on Glinda. Glinda realizes that the Wizard is Elphaba's true father and asks the Wizard to leave Oz because of everything that he has done. Glinda is then left as the leader of Oz. Everyone believes that the Wicked Witch of the West has been killed but she actually escapes with Fiyero, never to return to Oz again [5].

Length and Intermission
Running time for the show is 2 hours and 45 minutes, including a 15-minute intermission.


Accolades
Since the musical first opened in 2003, they have been nominated for at least one award every year. In the 8 years they have been running, they have accumulated 63 nominations in total. Of these 63, they won 32 of the awards. There is a mixture of awards they have won, however there have been 10 Tony Award wins, 1 Grammy Award win and 11 Drama Desk Award wins too.

History
Chicago first opened on Broadway at the 46th Street Theatre in New York City on June 3, 1975. The production, directed and choreographed by Bob Fosse, ran for 936 performances. On Nov 14, 1996, a revival of the show opened on Broadway at the Richard Rodgers Theatre. It later transferred to Shubert Theatre, and then to the Ambassador Theatre, where, more than two decades later, it continues to run, logging nearly 10,000 performances.

Audience Information
Performances are recommended for a general audience, with parental guidance. As an advisory to adults who might bring children, this production is recommended for children is 8 and up. No children under 5 admitted.

Book by Winnie Holzman; Based on the novel "Wicked: The Life and Times of the Wicked Witch of the West " by Gregory Maguire; Music by Stephen Schwartz; Lyrics by Stephen Schwartz; Musical Director: Stephen Oremus; Music orchestrated by William David Brohn; Music arranged by Alex Lacamoire and Stephen Oremus; Dance arrangements by James Lynn Abbott

THE VIDEOTAPING OR MAKING OF ELECTRONIC OR OTHER AUDIO AND/OR VISUAL RECORDINGS OF THIS PRODUCTION AND DISTRIBUTING RECORDINGS OR STREAMS IN ANY MEDIUM, INCLUDING THE INTERNET, IS STRICTLY PROHIBITED, A VIOLATION OF THE AUTHOR(S)’S RIGHTS AND ACTIONABLE UNDER UNITED STATES COPYRIGHT LAW. 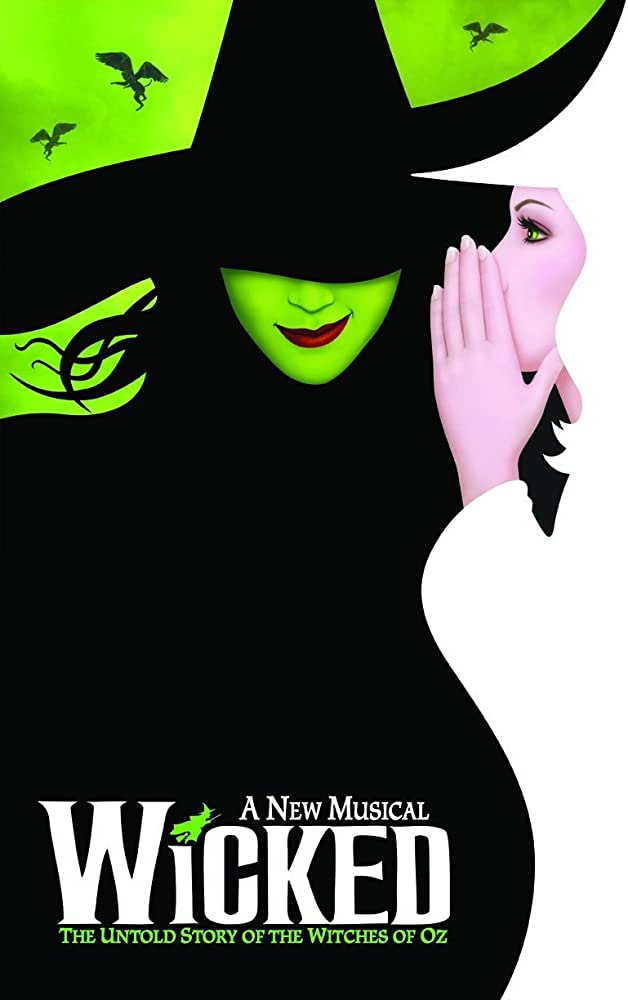 Persons will not be permitted inside the Honesdale High School…